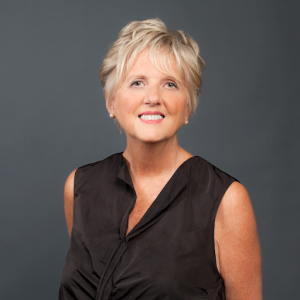 Have you ever wondered whether self-promotion has to be “shameless”?  Or when you should (and should NOT) apologize? Or why and how men and women often communicate differently?

If you haven’t listened to episode 95 yet, part 2 of my conversation with communication expert Judith Humphrey, we cover all this and more!

Here’s a summary of two of my favourite insights from this conversation:

Is SELF PROMOTION a Good Thing?

Let’s face it, self-promotion has a bad rap. With so many negative connotations associated with it (as in “shameless self-promotion”), it’s no wonder many of us are reluctant to self-promote.

But at one time or another, we all have to do a bit of self-promotion, whether you’re up for a promotion at your organization or interviewing for a job with a new employer.

❌ The Ugly Way – This is basically bragging. Talking ourselves up. But this isn’t true self-promotion because people who brag are not doing themselves any favours. (That’s true!)
✅ True Self-Promotion – This is when you speak about yourself in such a way that other people want more. It’s inspiring. It’s about being empathetic and articulating the impact that you will make for them.

When Should We APOLOGIZE?

Some of us apologize WAY too much. Among this group of stereotypical over-apologizers: 💃🏽 women and 🇨🇦 Canadians (said the Canadian woman).

Unnecessary apologies are like giving a voice to the inner crow. It’s essentially saying, “I don’t belong on stage. I don’t have a right to speak.”

Image by anyaberkut from Getty Images
So, how can we overcome Apology Syndrome?

Judith has a lot to say about this. Whenever you feel that apology instinct is about to kick in, ask yourself, “Is saying ‘sorry’ necessary in this situation?”

👍 If you’ve arrived late for a meeting and kept people waiting, acknowledging this with an apology before getting down to business is reasonable. You are showing your colleagues that you value their time and that you regret inconveniencing them.

🛑 But if you’re at a meeting and find yourself saying, “I’m sorry, can I say something?” before contributing to the discussion, STOP!!!

This is an unnecessary apology, and an example of what Judith calls “diminishing expressions.”

Thanks again to Judith.  I hope you enjoy listening to part two of our conversation.

Please forward this email to your friends who might like help with their communication skills. Thank you.

Learn about 1-on-1 COACHING with Andrea,
or schedule a free 20-minute consult.

This website uses cookies to improve your experience while you navigate through the website. Out of these, the cookies that are categorized as necessary are stored on your browser as they are essential for the working of basic functionalities of the website. We also use third-party cookies that help us analyze and understand how you use this website. These cookies will be stored in your browser only with your consent. You also have the option to opt-out of these cookies. But opting out of some of these cookies may affect your browsing experience.
Necessary Always Enabled
Necessary cookies are absolutely essential for the website to function properly. This category only includes cookies that ensures basic functionalities and security features of the website. These cookies do not store any personal information.
Non-necessary
Any cookies that may not be particularly necessary for the website to function and is used specifically to collect user personal data via analytics, ads, other embedded contents are termed as non-necessary cookies. It is mandatory to procure user consent prior to running these cookies on your website.
SAVE & ACCEPT